Dr. Vivian Wen joined Vernon Woods Animal Hospital in July 2011. She grew up in New York City and earned her undergraduate degree in psychology from New York University in 2006. Dr. Wen graduated from the University of Illinois, College of Veterinary Medicine in 2010. She went on to complete a one-year small animal rotating internship at Blue Pearl Georgia Veterinary Specialists in Atlanta, Georgia. Dr. Wen has special interests in veterinary animal behavior as well as surgery.
Apart from her work life, her interests include camping, hiking, and board games. Her personal goal is to try cuisine from all over the globe, one country at a time. When she returns home she loves to hang out with her family and with her cat, Macaroon and rambunctious pup, Marlo.

Growing up in Birmingham, Alabama Dr. Jones knew at a young age that he wanted to be a Veterinarian. He attended Auburn University where he obtained his B.S. in microbiology degree in 1991 and then completed his Doctorate of Veterinary Medicine in 1995. After practicing in Birmingham, he moved to the Atlanta area in 1998 where he has practiced in both the Vinings and Chamblee areas. He served on the Board of Directors for the Greater Atlanta Veterinary Medical Society for several years until its merger with the state medical association.

In 2014, Dr. Jones joined Vernon Woods Animal Hospital and North Springs Animal Clinic where he enjoys seeing both feline and canine patients with special interest in the areas of dermatology and ophthalmology.

When he is away from work, he can be found hiking, mountain biking, exploring the small towns of the Southeast and supporting his Auburn Tigers. He and his wife, Laurie made their home in Cobb County with their pet, Thomas Crown.

Cindy grew up on Signal Mountain in Tennessee. Atlanta has been her home since 1984. Cindy has been at Vernon Woods Animal Hospital since 1991. Cindy's family consists of her husband, Danny, daughter Shelly and her husband Matt, son Daniel and his wife Erin and two wonderful grandchildren, Abbi and Wyatt. Cindy enjoys spending time with her family whenever she can. 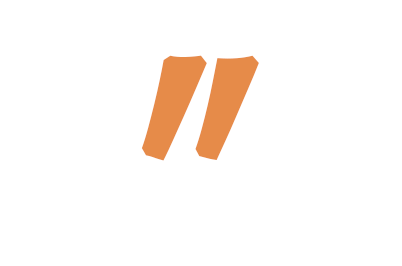 The vet called me and addressed all my questions and concerns directly. He was very patient and helpful and communicative. I felt as if my fur babies were in excellent hands and they came out happy / un-scared! Truly appreciate them! Friendly staff - highly recommend!

My dog had a complication in healing from an injury and Dr. Fisher at Vernon Woods went right into action. She came in on her day off to do the surgery we needed, the staff re-arranged the days schedule to ensure this happened. They treated us like beings and showed they cared. They will have us as patients for life. I would highly recommend Vernon Woods and especially Dr. Fisher. Your pet will not be in better hands than with them.

I just can't say enough about Dr. Wen. She takes the time to cover everything, makes sure she answers every question, and makes it clear that's she's accessible if you have any questions or concerns later. The difference between the way my dogs behaved our first visit to the way they react to going to the vet now is night and day, and it's because they trust Dr. Wen and feel so much more at ease around her after getting to know her. I would absolutely recommend Dr. Wen to anyone in need of a competent, thorough, and highly professional veterinarian with a caring and calming "bedside manner."

The staff who answer the phone are kind and wonderfully helpful when you call; the doctors and all the technicians truly listen to the feedback of their clients and provide solutions to your pet's health problems. When my dog had a weird reaction to sedation and had to be sedated for another procedure, the doctors listened to my feedback and adjusted the amount of sedative given to my dog and she had a much quicker recovery. Truly wonderful people working here and excellent medical care across the board. They are also observing excellent COVID-19 protocols right now and when things eventually return to normal I look forward to giving the entire staff a huge hug of appreciation.